J. Sánchez: “FIBERCLEAN will help reduce the dumping of microplastics into rivers, seas or lakes”

Project to reduce plastic microfibers that end up in the seas 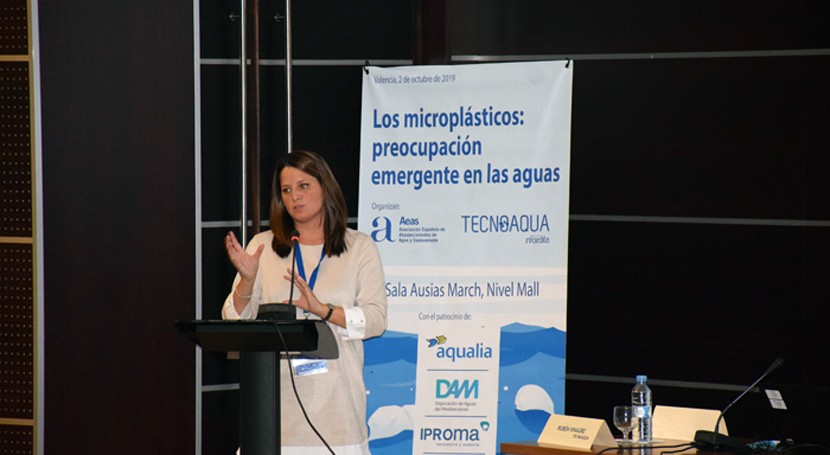 “It is necessary to study the presence of microplastics in receptor environments such as Wastewater Treatment Stations, to act on them and thus reduce their impact on oceans and soils.”

This is the main conclusion of the intervention made by Silvia Doñate during the technical conference “Microplastics: emerging concern in waters“, held within the framework of the International Fair for Efficient Water Management (EFIAQUA) and which was organized by the magazine and web portal TECNOAQUA and the Microplastics Working Group of Commission II of the Spanish Association of Water Supply and Sanitation (AEAS).

Specifically, the researcher from DAM (Depuración de Aguas del Mediterráneo SL) explained in her presentation, “Minimization of microplastics in WWTP: Fiberclean Project”, the main aspects of this study that seeks to develop technological solutions for the elimination or reduction of microfibers from the textile industry, during water purification processes.

“The WWTP receives wastewater that contains a wide variety of particulate material, including microplastics, with sizes smaller than 5 millimeters. To a large extent, these are retained in the sludge line and to a lesser extent pass through the water line and are discharged to the receiving media, which is why their separation, identification and quantification is necessary, hence the interest in working on both lines, the water line and the mud line within the project ”, Silvia Doñate stated.

During her speech, Silvia Doñate explained the aspects that determine the behavior of microplastics within the water purification process

During her presentation, the DAM technician delved into the aspects that determine the behavior of these particles within the water purification process and which microorganisms may be capable of degrading them. 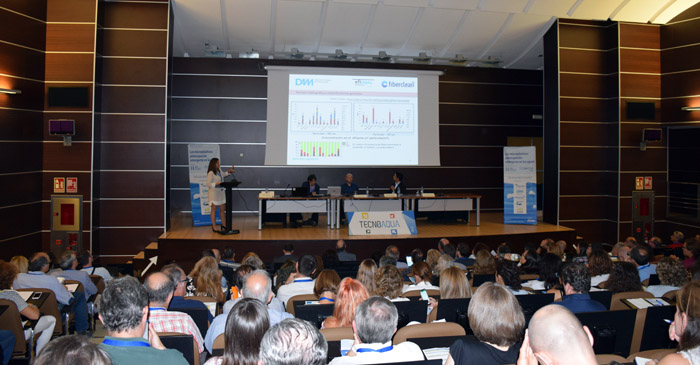 Silvia Doñate explaining the main aspects of the FIBERCLEAN project.

“We are analyzing at the laboratory scale the main variables that affect the separation of microplastics and, in turn, developing protocols for the identification and quantification of these particles. Likewise, we are working on the identification of microorganisms capable of degrading microplastics, isolating various strains with the aim of using them in a biofilter at the WWTP ”, the Valencian researcher highlighted.

A pilot plant has just been designed and built where the separation of microplastics in a real environment will be studied, said Silvia Doñate

In fact, Silvia Doñate highlighted that the project has just designed and built a pilot plant, which will be installed in the Pobla de Farnals WWTP where the separation of microplastics in a real environment will be studied. 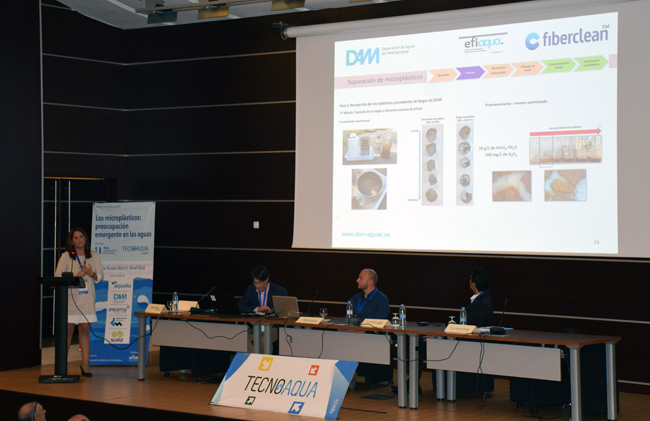 Silvia Doñate highlighting the innovative nature of the research.

“The pilot plant incorporates an elutriation system that allows the separation of microplastics by difference in densities, as well as a separation module using a hydrocyclone that allows separation by centrifugation”, Silvia indicated.

So far, the few studies carried out in WWTP have focused on the detection of various types of microplastics, without going into their separation and elimination in depth, as FIBERCLEAN does, highlighted the DAM technician.

Finally, the DAM researcher highlighted the innovative nature of the project since so far the few studies carried out at WWTP “have focused on the detection of various types of microplastics (mostly synthetic fibers and particles) present in the tertiary treatment of effluents from a WWTP, without deepening their separation and elimination ”, concluded Silvia Doñate.

The FIBERCLEAN project lasts for four years (September 2017 – August 2021) and is funded by the CIEN Program, Ministry of Economy, Industry and Competitiveness through the Center for Industrial Technological Development (CDTI, 2017). 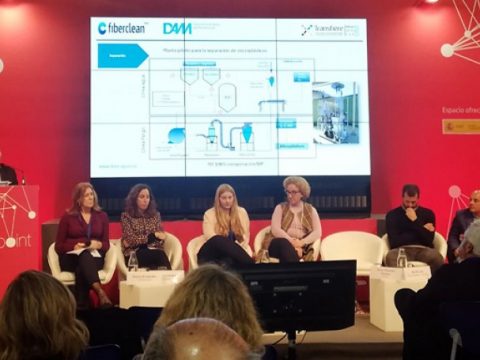 Project to reduce plastic microfibers that end up in the seas 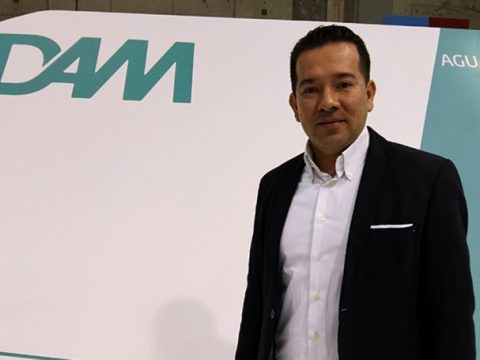 J. Sánchez: “FIBERCLEAN will help reduce the dumping of microplastics into rivers, seas or lakes”